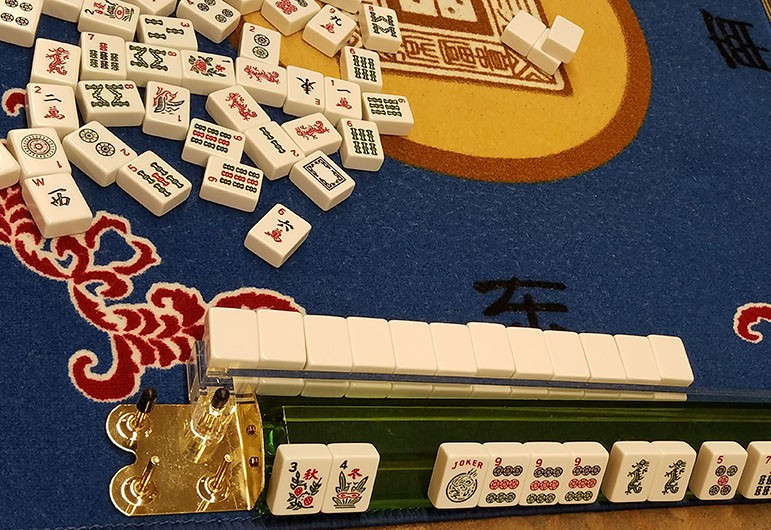 Learn and play American Style Mah Jongg every Tuesday and Thursday at 12:30 PM  in the Community Meeting Room with this enthusiastic group!

Join Barbara LaSala for two weekly afternoons of Mah Jongg. Everyone from beginners to established players is invited to join this group! We meet in the Community Meeting Room downstairs at RPL . Mah Jongg  as it is generally played today can be traced back to the end of the last century. The line of games that evolved to Mah Jongg is long and extensive. From around 800 AD card games were played which resembled the way Mah Jongg is played, in the fact that you have to collect Chows, Pungs and Kongs. The cards used in these games resembled the money used in those days. It was not before the turn of this century until the West got a glimpse of Mah Jongg, when it was introduced in the international colony of Shanghai and from then onwards in the USA, Japan and finally Europe. Attend to find out more about this Internationally popular game of strategy.